“One child, one teacher, one book, one pen can change the world.” Malala Yousafzai's simple, yet strong message takes a prominent position in a 3D graphic installation at Wye School in Kent.

Wye School near Ashford in Kent

Wye School is a secondary school in an envious setting in the Kent countryside in contemporary buildings. Our work looks at bringing some graphic character and to the schools communal areas.

Our 3D wall mounted bespoke lettering always makes a good impression and can be made to fit both large and small spaces.

We produce letters and logos in a variety of colours, sizes and materials and can fix directly onto any surface, inside or outside. Our designs are created to match the fonts, logos and styles from your organisations’ brand guidelines.

Playing with light and shadows

The installation shown here at Wye School sits on a 12m wide wall and the cap height of the letters is half a metre.  Each letter within the installation is painted the same white as the wall on which it sits leaving the depth of the characters to create a ‘moving’ shadow that changes throughout the day.

With only a couple of weeks lead time between the client creative meeting and the opening ceremony for the schools’ new building we rose to the challenge and completed this school graphics installation just in time.

Design for schools and the education sector

Read about how we create messaging, graphics and design websites for schools and trusts – HERE.

Malala Yousafzai is a Pakistani activist for female education - she grew up in an area where the local Taliban occupation had at times banned girls from attending school. Malala wrote a blog for the BBC under a pseudonym detailing her life during the occupation and was shot by a Taliban gunman in an assassination attempt in retaliation.

After recovering Yousafzai became a prominent activist for the right to education and was awarded the 2014 Nobel Peace Prize - becoming the youngest ever Nobel Prize laureate. You can read more about Malala’s story HERE. 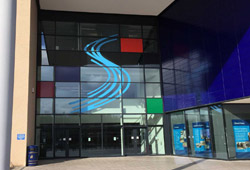 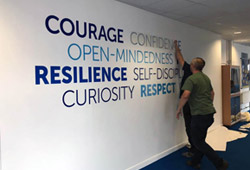 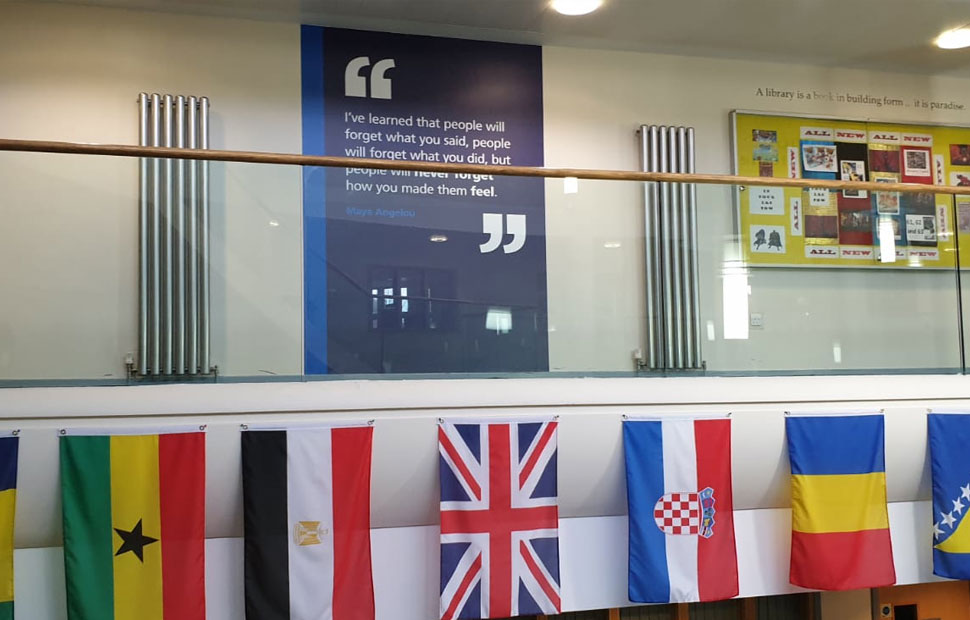 Please complete the form below to get in touch and we'll get straight back to you.